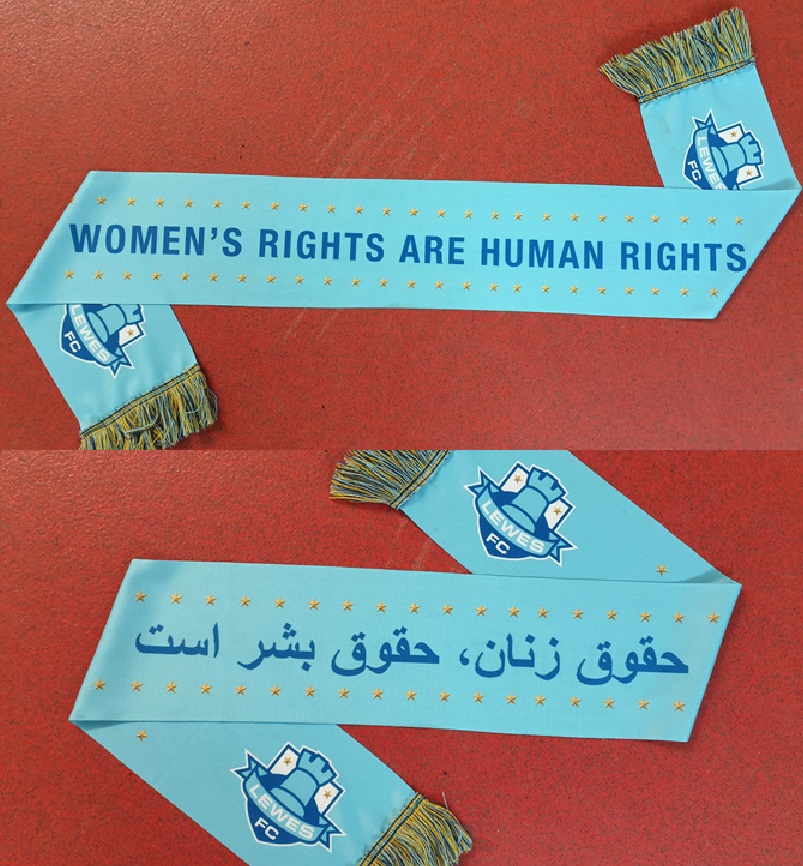 It’s three months since Sahar Khodayari died after setting herself on fire on the steps of the Islamic Revolutionary Court of Tehran, upon finding that she might be imprisoned for the “crime” of being a woman and attending a football match.

In commemoration of Sahar, Lewes Football Club is today launching a scarf, all profits from which will go to Iranian women seeking to end discrimination and to allow women to attend football matches in Iran.

Football’s power is that it brings together and unites people of all genders, ethnicities, sexual orientations, ages, socio-economic backgrounds. A stadium ban targeting any group undermines the fabric of football.

It is outrageous that the Iranian authorities should use football to provoke division instead of to promote unity. FIFA should immediately require that the Iranian Football Federation permit any and all women, beyond family members, into stadiums to watch games or subject the body to immediate sanctions. Iranian authorities must immediately cease the repeated arrests of female fans for attempting to enter stadiums.

The scarf says “Women’s Rights are Human Rights”, in English on one side, and in Farsi on the other.  While our teams play in red and black, on this occasion we have used the blue and gold colours of Sahar’s team, Esteghlal of Tehran.